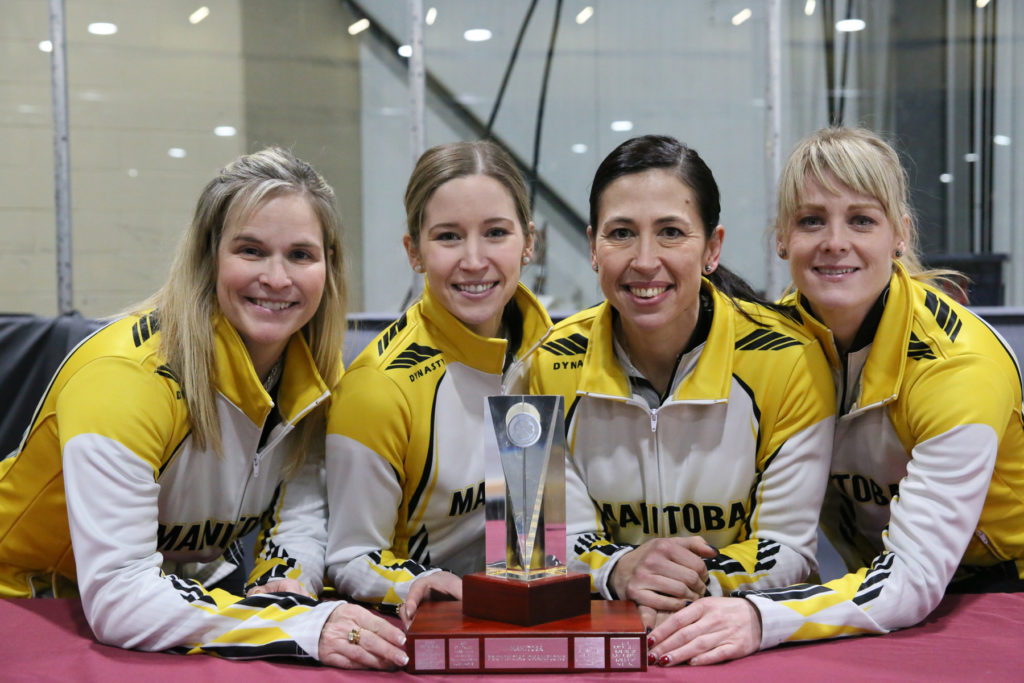 Jennifer Jones and her St Vital team have won the 2018 Manitoba Scotties Tournament of Hearts presented by Monsanto.

The Jones team led 4-2 at the mid-game break but there was no quit in Team Robertson. After Jones blanked the sixth, Robertson forced Jones to a single on the seventh and then scored three on the eight to tie the game. A steal of one on the ninth end gave the Robertson foursome a one point lead coming home.

The rocks were in play to set up another force and an extra end but the comeback ended when Robertson’s last rock double kill attempt left Jones with shot rock and a draw to the four foot circle for two and the 7-6 victory.

The Jones foursome will be Team Manitoba at the Canadian Scotties in Penticton where they will join the 2017 Manitoba champion Michelle Englot team who will be playing as Team Canada.